August 04, 2015
Phew.
I suppose I should explain why there hasn't been an update here for such a long time.

It all has to do with the release of the game The Witcher - Wild Hunt on May 19th this year.
After upgrading my PC with a new graphics card (Radeon R9 280X) I started playing this game from Sunday May 24th onwards.

What a fantastic game. Great story, great characters. Some of the subplots were almost more interesting than the main storyline at times.
I thoroughly enjoyed playing this game, which made me forget about modelling almost completely.
As you can see in the screenshot below. 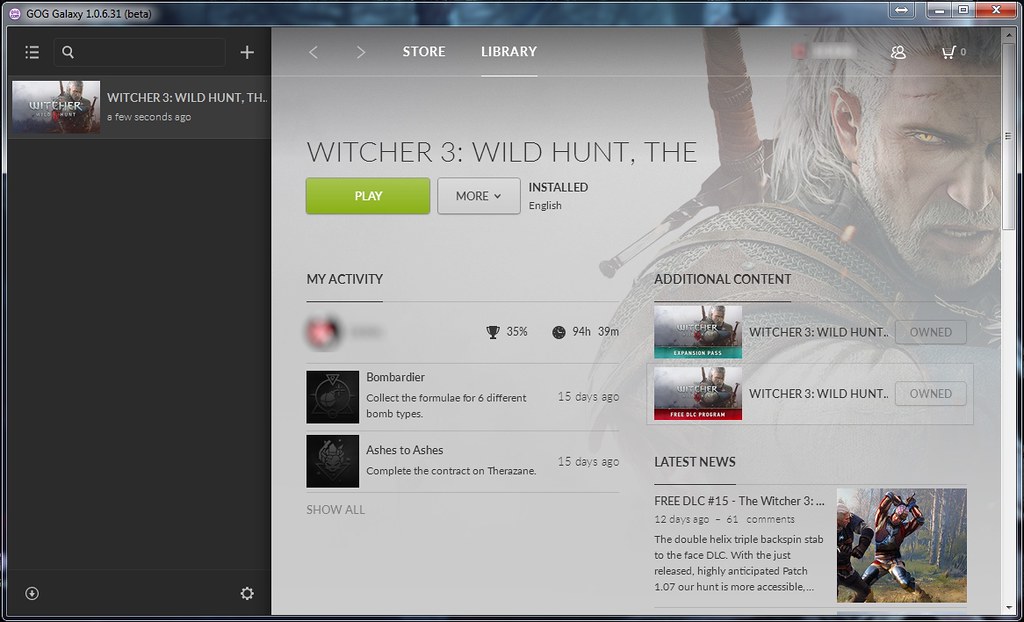 Yes, that's right. I've put more than 94 hours of playing time into this game. And I didn't even complete all of the subquests littered throughout the game world.
Suffice to say that I enjoyed every single minute played. I can't remember having played such a fantastic game before (save for the original System Shock).

But don't fear, modelling activities will resume shortly, as the game is finished (for now).
Later this year and early next year some expansion packs will be released. But until that time I plan to (finally) do some modelling again.