May 24, 2020
And off we go on another project.
When modelling WRC subjects, you cannot ignore the Citroën Xsara WRC as it is some kind of legend. Especially in the hands of a certain French driver.
That's why I have 3 Xsara kits in my stash. None of said driver, that is. But rest assured, he is also present in my WRC collection.
With this particular build I'm going to build the car that Francois Duval drove so expertly to the runner-up spot in the 2007 ADAC Rallye Deutschland. 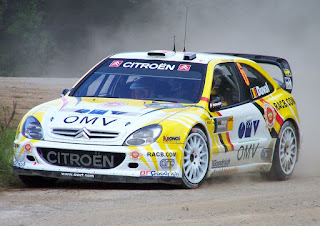 Sadly, where the Citroën Xsara WRC is a bit of a legend, the same thing can not be said of the only injection moulded kit if the same car...
As said, there's not much choice, as Heller is the only kit manufacturer for this car (although the same kit has also been released by Airfix and Italeri).
For this build I'll be using Heller kit no. 80769.
Let's just say,it's not a Tamiya kit... By far. 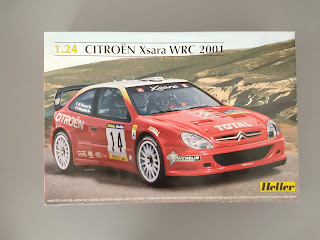 For several reasons I chose this particular car because I like the livery and I like Francois Duval too because of his flamboyant driving style. Although more often than not his style proved to be a bit too flamboyant. But not for this rally.
To build this car I purchased the appropriate transkit(s) from Renaissance containing resin and photo etched parts to update the kit (depicting the 2001 version of the car) to the 2005 version of the Xsara, and of course the decals for this particular car. Being transkits TK24/96 and TK24/262. 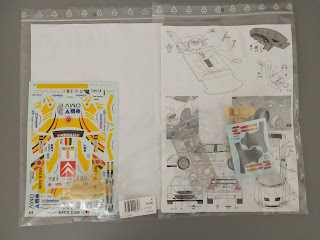 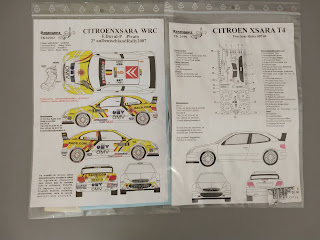 Upon closer inspection of the kit contents I noticed several things which actually aren't to my liking.
First of all one of the headlight units is missing. Which is rather strange as I bought this kit new. But the part is clearly missing from the sprue, so I'll have to come up with something else. Not sure if this part still can be ordered from Heller. I'll see what can be done there.
Furthermore the seats in the kit and the transkit from Renaissance (TK24/96) are not correct for this particular version.
The second transkit contains some parts to update the car to 2005 spec, but is also missing the correct seats. These can be bought separately however, so that's what I will be doing.
Than there is the rear bumper. Which isn't correct as the kit depicts the 2001 version where the exhaust is situated on the left side, whereas it situated on the right side (and angled down) on the 2005 version. Some plastic surgery is planned here. 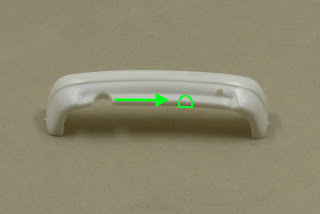 Apart from that the general quality of the kit is quite lacking. The kit is extremely simplified with no door panels and a sparsely detailed interior, which can be overcome with some scratch building.
Much worse is the fact that nearly all surfaces of the kit are riddled with sink marks which all need to be filled and sanded. 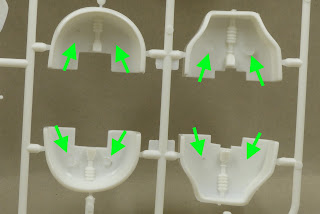 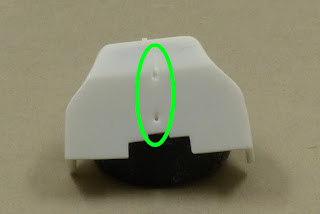 And to top it all off, the bottom of the car is warped quite badly. But that should be fixed with some hot water and a bit of bending... 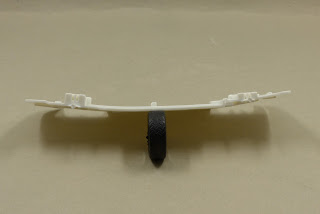 Sadly my complaints don't stop there as the transkits from Renaissance also have some (minor) issues.
Starting with the rear wing. This piece is very fragile and has some spots were the resin is extremely thin. Let's hope that won't be an issue... 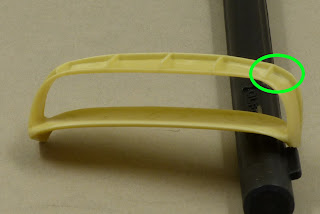 Other (small) parts were damaged. But that might have happened during moving/handling of the box, so that might not be the fault of Renaissance in the end...
No building so far as I'm still studying the (very short) manual for things that need to be changed or modified.
More on that in the next update. Which isn't far away.
Thanks for watching.
Next part