The next update for the Einheitsdiesel Kfz.61 is here.

As reported last time, I decided to drill holes for mounting the suspension parts.

I used a 0.4 and 0.6 mm drill bit for this successively. Quite a bit of work as there are lots of holes to drill. In the end though I'm happy I did this as it made assembly quite a bit easier. 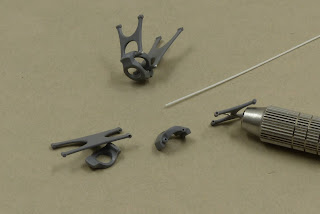 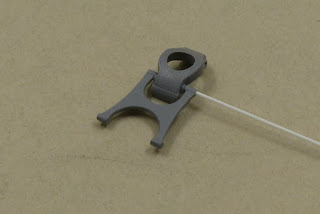 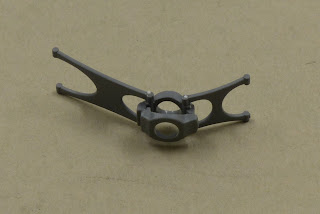 In theory this would also help me align all six suspension arms so that the truck will stand on all its wheels when finished. Although that won't be such a big deal as I think I'll be able to hide eventual alignment issues in the groundwork...

In the end it wasn't as easy as that though. In my previous post I already feared that my mounting of the suspension parts was slightly questionable. And when mounting the suspension arms this proved to be true. Below are some images of the completed suspension.

To aid alignment I even made a makeshift jig of LEGO bricks to try and get the suspension as straight as possible. But as can be seen from the images, it looks awkward in places... 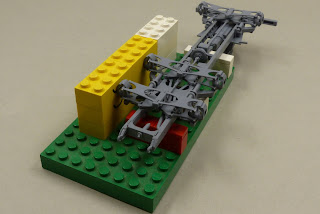 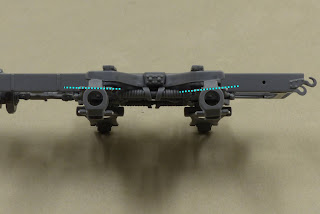 Miraculously when put on a flat surface all suspension arms touch ground. So alignment (in general) seems to be okay, although it doesn't look like it. Luckily this mess will be hidden from spying eyes once everything is in place on the groundwork of this diorama... 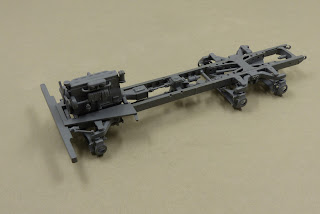 To improve the look of the wheels I ordered some resin replacements by Panzer Art (art.no. RE35-119) from Modellbau König of Germany. The wheels arrived several days ago and they indeed look a lot better than the original kit wheels and even include make and type on the sidewalls. 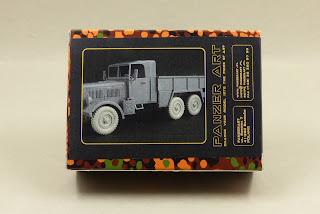 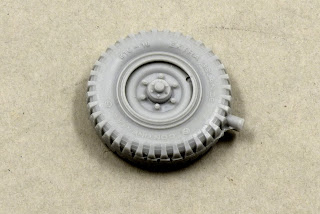 Compared to the kit wheels this is a big improvement. But perfect they are not. There are several small issues with the castings. 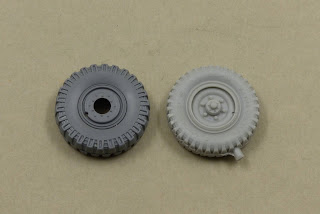 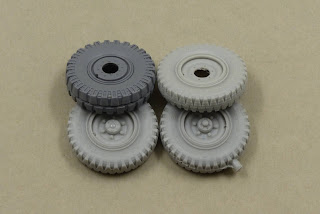 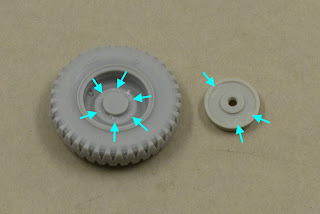 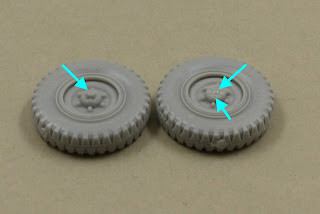 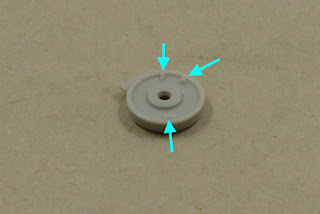 Than there's also the fact that these wheels are sadly not a drop-fit replacement for the kit wheels.The brake drums for the replacement wheels have a different size to the part that connects them to the suspension... I need to make the holes on the suspension parts bigger to get the new wheels to fit. 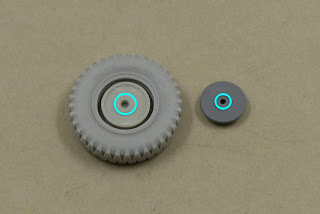 Apart from the suspension work I had to fit some smaller parts to the base frame of the Einheitsdiesel. Again I was confronted with the lack of information from the building instructions. It's difficult to see how sided parts have to be glued (see arrow in image below). Here some images from the real life versions would be helpful. But they're hard to come by sadly. So I went with some guesswork (again). 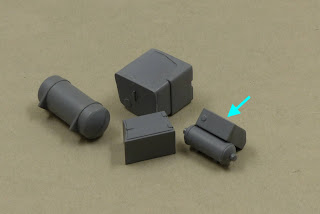 Some of these part still need some cleaning up before I can mount them to the chassis.

But that will be for the next update.