Here's another update on the Einheitsdiesel Kfz. 61.

Work is continuing slowly. In the meantime I've finished the engine of the truck and have been working some more on the chassis, mainly the suspension.

As I'm progessing through this build I'm more and more convinced that this isn't a kit for beginners.

Several parts have no distinguishable locating pins/holes and the instructions are sometimes vague to not helpful at all. It's quite an undertaking.

Although this is my first AFV build in many many years, I wouldn't call myself inexperienced or a beginner. But I've had some head-scratching moments along the way. And I'm seriously doubting whether the suspension parts have been constructed correctly by me. Problem is that the instructions are no help whatsoever and leave me with a lot of guesswork along the build.

For an out of the box build, it's keeping me more than occupied...

Let's start with the engine. The engine halves don't have locating holes/pins, so gluing them together takes a bit of fiddling. Nothing too dramatic, but this could have been easier (which is becoming the main theme of this build).

On top of that, several parts that need to be attached to the engine have no locating pins/holes either whereas several other parts do have them. So IBG Models does know how to design them, but why only for a few and not for all? 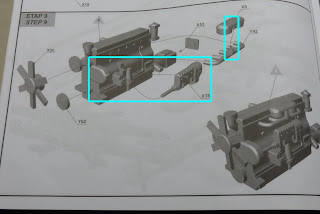 All this wasn't that much of a problem though as the plastic reacts well to Tamiya Extra Thin Cement and the end result looks pretty much like an engine (although nothing won't be seen without some extra surgery once the model is complete). 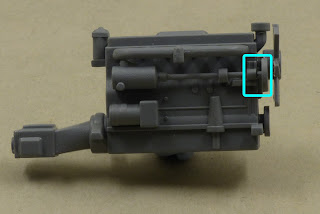 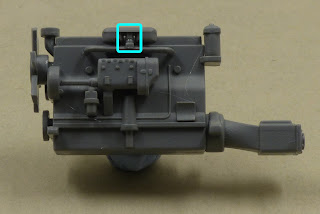 The biggest problem I had with the engine was the positioning of part X53. As the part isn't symmetric, the way it is attached to the engine is quite important as this will define whether the drive axle (Y21) will fit correctly or not... 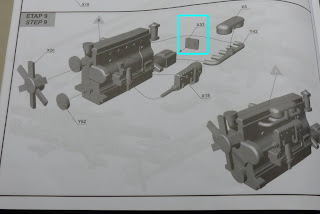 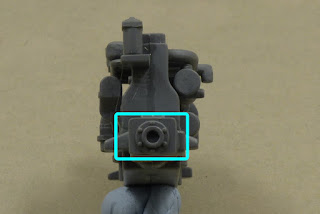 I've searched throughout the instructions countless times, but is isn't shown anywhere how to position this specific part. All those nice CAD-style drawings show the engine and surrounding parts from the wrong angle. In the end I decided to make a dry-fit with the engine and the chassis to see how part X53 would align with the gearbox in the chassis and in that way decide on the final position of it.

In the end this too worked out okay. But why didn't IBG Models bother to show the engine from more angles than just the one shown in the instructions? It could have made construction so much easier.

Final issue (for this post at least) I have is with the suspension parts. Here the instructions also leave you wondering if you made the right decision or not. For one, there are hardly any locating pins/holes. Sadly that's no surprise with this kit.

But the placement of some parts is just plain impossible to garner from the instructions. Especially the sprung arms for the suspension come to mind here (front wheels shown below). 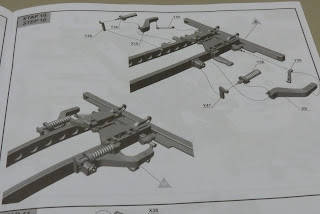 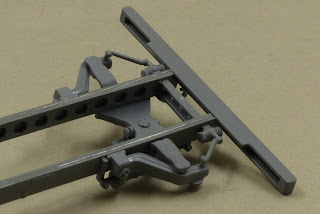 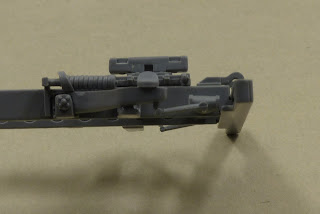 I'm no car mechanic, so really am a bit at a loss here. To ease construction I glued the arms on two spots (see image below). Which I'm almost sure is completely wrong (in hindsight)... But the instructions are so vague I have no way to know (apart from my gut feeling) if I'm doing this right. Below an image from the sprung arms for the rear wheels. Should the ends be mounted horizontal? Should I've only glued them to the part between the two arms? Questions, questions. But sadly no clear answer in the instructions. 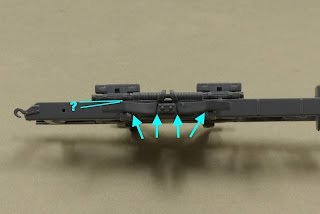 Point is that the (eventual) mistakes made here will determine the stance of the wheels and the truck...

And than there are also the suspension arms/frames themselves. No locating pins to be found which would have made assembly so much easier. 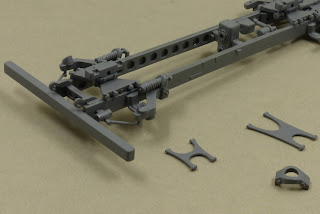 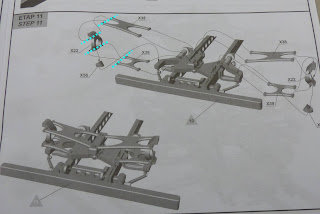 I'm fearing construction will be too fiddly and too weak done as shown in the instructions. So I'm intending to drill holes in the parts (X22, X38, X39) to better be able to connect the parts together.

How that will turn out you will see in one of the next updates. Until then.