January 19, 2015
With this post I'd like to introduce my newest project.
This time it'll be a break from the usual 4-wheeled subjects I build.

I started my modelling "career" building 1/72 planes from Matchbox, mainly.
I built everything from jets to props. My interest in planes never has faded although I haven't build a plane in a long time.

My enthousiam got rekindled when my father (with several other people) started working on a book depicting the history of the former municipality of Hunsel (in the South of the Netherlands) during World War 2.
One of the chapters in the book concerned the crash of a Lancaster bomber during the summer of 1944 near the house of my parents.
My intention is to build this plane in a rather dramatic setting: Just after it had been shot, with the port engines on fire.

The kit I'm going to use will be the Tamiya 1/48 model of the Avro Lancaster B Mk. I (kit no. 61112).
Some 20 years ago I already build this kit (OOB) for a small exhibition commemorating the 50th anniversary of the end of WW2 in the (former) municipality of Hunsel. 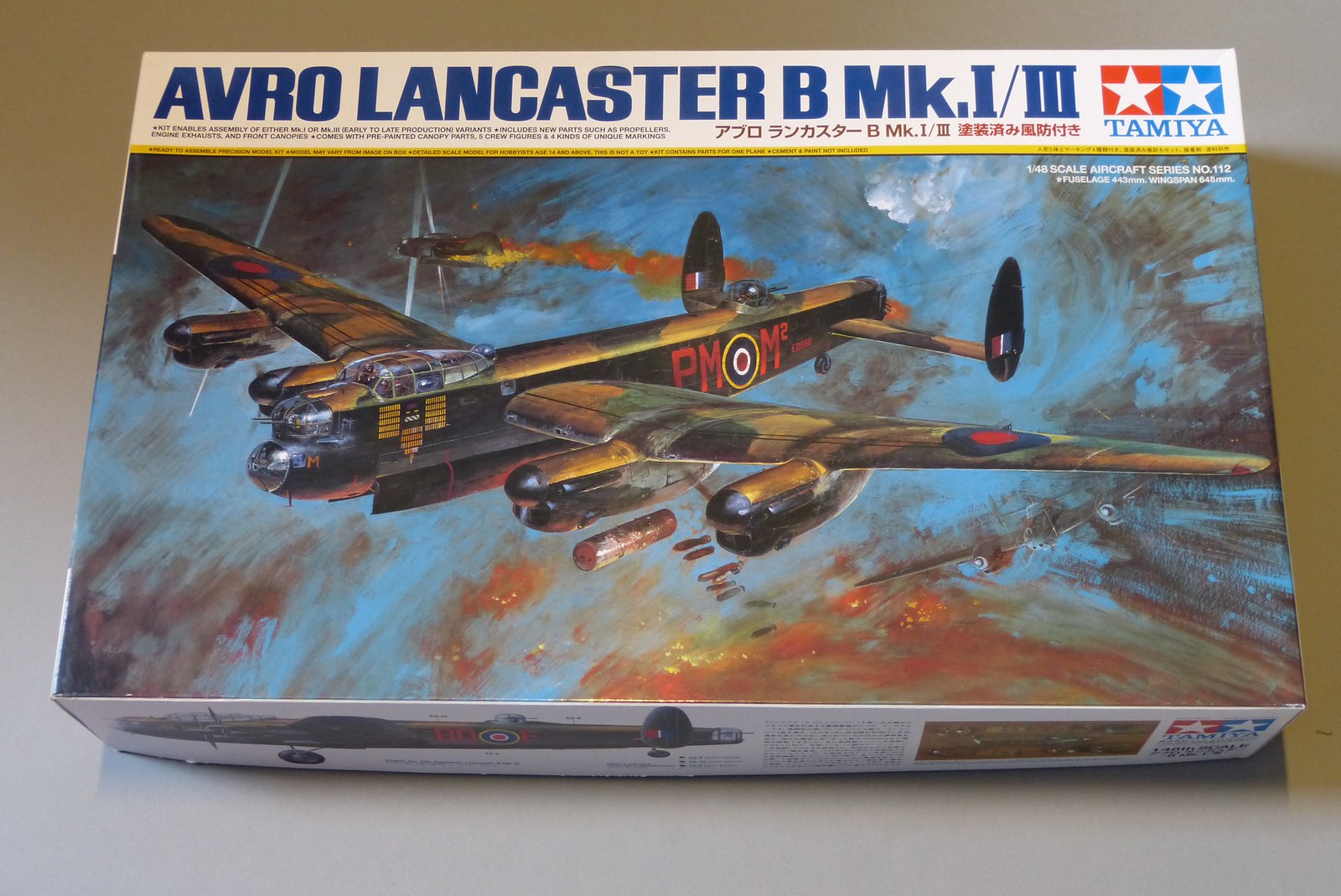 Now I'm going to build this kit again and Im planning something special for it.
I intend to use (LED)lights to depict the engines in flames. I got this idea when I saw some pictures of scale explosions on a scale model of a Star Destroyer from Star Wars.

Problem is: I haven't got a clue where to start. I've already read some threads on different forums to get a bit acquainted with lights on model kits, but I'm not sure which path to take.
So if anyone has any suggestions, don't hesitate to contact me or leave a comment to this post.