It's been a long time since I did any work on this particular kit (or project for that matter).

Odd really, as the Einheitsdiesel will be the most "out of the box" built of this dio. So progress should have been swift as there's no scratchbuilding to be done.

Well, at least that was the plan. But more on that later in this post.

As I'm assembling the kit though, there are a few things I've noticed. And it starts with the instructions. What is immediately apparent is that there are almost no paint call-outs. Only late into the build the required colors are mentioned. Not something I'm used to.

Sadly, most of this detail won't be seen once construction is complete.

Which is not so bad as I've been a bit sloppy in places with the part clean-up and the fitment...

Fitment of the parts seems okay at first look (and when parts are sufficiently cleaned). Although some parts don't appear to have locating pins or holes to aid positioning.

As a matter of fact, the placement of some parts is also a bit messy. It really serves to pay close attention to the instructions.

And the build sequence doesn't always seem logic... Especially concerning the suspension of the truck. 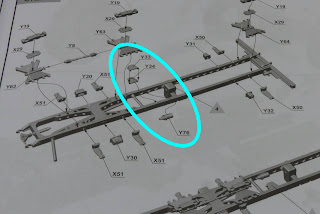 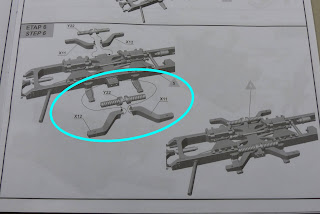 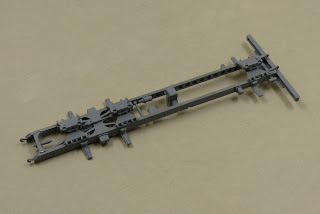 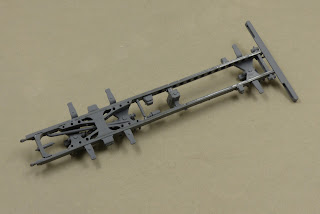 But maybe I'm at fault here for just diving head-first into this build without thorough studying of the instructions. This is no Tamiya kit. But that doesn't mean it's a bad kit. It only seems that IBG Models made some strange choices in the build sequence (in my opinion).

What is also quite apparent is the following:

Where the chassis is detailed up to the tiniest bolt (so to speak), the radio cabin is completely devoid of any detail. Which is a shame really.

I am aware however that there is an after market detail set for the radio cabin which is produced and sold by Niko model from Poland (and seems in some way affiliated to IBG Models as they sell the same kit under their own name). But that will set you back at least another €55...

It would have been nice if the effort IBG had put into the chassis had been put into the radio cabin instead (if only for a bit). As this would have added a lot more value to this kit. At least for me it would have... 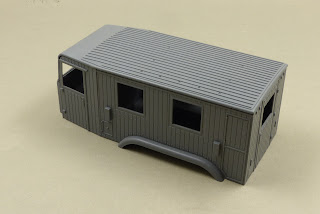 Using pictures of the after market set, I will try to scratch build (part of) the interior for the radio cabin. Luckily the windows of the cabin are rather small, so not that much will be seen anyway. Especially in the diorama I'm planning for this build.

The detail on most of the parts really is excellent. But the tires are a bit of a let down. These are made up of two halves. Which leaves me with a nasty seam along the middle. Although the wheels will be mostly hidden by the truck itself I think I will go for some resin replacements as I'm afraid I won't be able to get the tires to look good enough. And I would like tires with a road pattern instead of the off-road pattern the kit tires have. 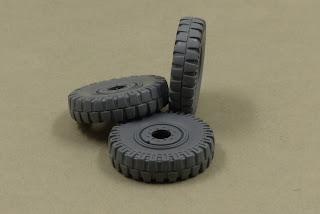 Enough talking for this update.

I'll be off now, working on the chassis and will show my progress in the near future.